In a very prominent trading position close to a number of cafés and offices as well as being within 50 yards of the Rugby Theatre and nearby multiples such as Fine & Country, Connells, Oxfam, Lloyds, Prezzo and The Clock Towers Shopping Centre.
Rugby is an attractive market town which lies some 11 miles east of Coventry and 18 miles north-west of Northampton on the A428, approximately 3 miles from the M6 (J1) which connects with the M1 (J18) and also within 3 miles north of the M45.

An attractive Grade II Listed building constructed in the 1800s (completely refurbished in 2014) originally as a department store and now comprising a fashionable Café/Bar with seating for 220 people planned on ground, basement and part first floors with separate front access to 7 Self-Contained Flats at part first floor and the entire second floor. In addition, the property benefits from a courtyard and also a bin store area at the rear.

Enquire about this lot: 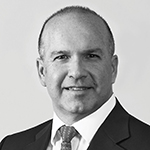 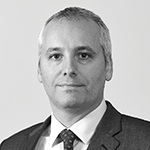 Where a 'Guide' is stated, it is an indication of the Seller's current minimum acceptable price ('Reserve') at auction. A 'Guide' is published to assist prospective buyers in deciding whether or not to pursue a purchase.

A 'Guide' does not represent an anticipated sale price or a valuation and the eventual sale price may be higher or lower. The sale price is determined at auction and as such cannot be predicted in advance.

The 'Guide' can be published as follows:

The Seller's expectation as to the sale price may change during the marketing period as a result of interest received from prospective Buyers. Therefore, the Seller may increase or decrease the 'Reserve' at any time up to just before bidding commences. If the 'Reserve' becomes fixed at a level that makes the 'Guide' misleading, the Auctioneers will subsequently issue a revised 'Guide' as soon as is practicable. Accordingly, prospective bidders should monitor the 'Guide' with the Auctioneers prior to the Auction taking place via this website.

In addition to the purchase price the Successful Buyer or Successful Bidder will be liable to pay Barnett Ross Ltd a non-refundable administration fee of £1,000 plus VAT or as specified on the Particulars of Sale and there may also be additional non-optional fixed or variable fees and costs. To establish the full cost of purchasing a property please inspect the special conditions of sale and all other documentation in the legal pack. Please also refer to any addendum that may be displayed on this page.